Sumit Punches His Way Into Semi-finals Of Asian Boxing Championships

Indian boxer Sumit (75kg) eked out a 3-2 win over Thailand’s Borworn Kadamduan to advance to the semifinals and assure another medal for the country at the Asian Championships in Amman, Jordan on Monday. Sumit, the reigning Thailand Open champion, won by spilt decision against his Thai opponent in the last eight round. Sumit got off to the best possible start, courtesy his agility while dodging the opponent and powerful attacking technique that gave him the upper hand in the first two rounds. Kadamduan, however, managed to stitch together a late comeback in the final round but it wasn’t enough as the Indian clinched the thrilling bout by a split 3-2 decision and also sealed his place in the last four stage.

He will be up against defending champion Jafarov Saidjamshid of Uzbekistan.

Meanwhile, the other two Indians in action — Sachin (71kg) and Lakshya Chahar (80kg) — exited after defeats in their respective quarterfinal bouts.

Sachin could not sustain the momentum from his previous win as he suffered a 1-4 loss against the 2018 Asian Games silver medallist Aslanbek Shymbergenov of Kazakhstan.

Lakshya, on the other hand, lost to Uzbekistan’s Aslonov Odiljon by 0-5 margin.

Late on Sunday night, Amit Kumar (67kg), Monika (48kg) and Simranjit Kaur (60kg) bowed out of the competition after suffering defeats in their respective bouts.

The boxers will get a chance to rejuvenate and come back stronger to compete in the semifinals, with tomorrow being a rest day. The competition has been witnessing participation of 267 pugilists from 27 top boxing nations.

On Wednesday, the Tokyo Olympic bronze medallist Lovlina Borgohain (75kg) and reigning World Championships bronze medallist Parveen (63kg) will be among seven Indian women pugilists to compete in the semifinals.

The other women boxers in action will be debutants Minakshi (52kg) and Preeti (57kg) along with Ankushita Boro (66kg), Saweety (81kg) and Alfiya (81kg). 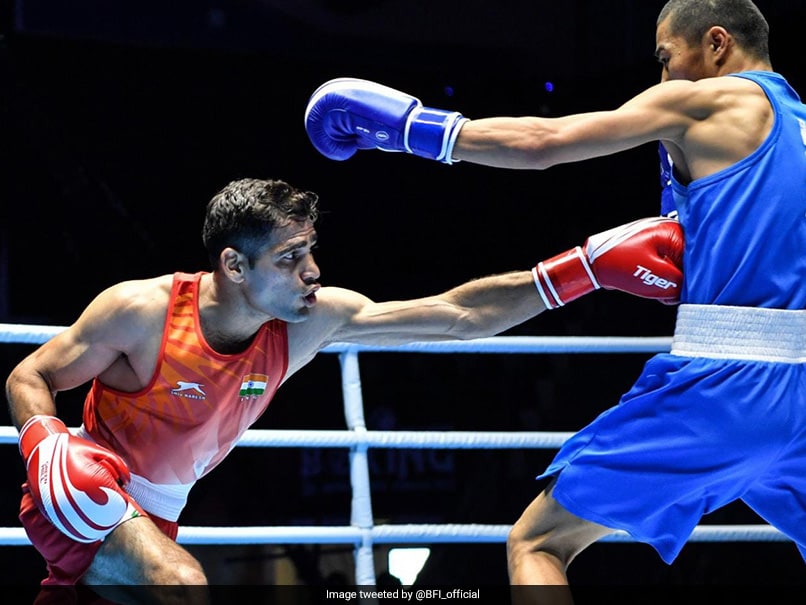